I want to share a story, adapted from Paulo Coelho – The Mexican Fisherman and the Businessman, which I read on the London tube and has been the trigger to slow down, reassess and get real about how I want to live life. This little story was the inspiration to move to Spain and is still a constant reminder for me to think about what matters most.

For many years working in London, sometimes commuting up to 4 hours a day, stuck in the cycle of working to live, craving the bigger car, the bigger house, living beyond my means with credit cards, I wanted to work harder to make more, buy more and have more. I really thought that would make me better somehow.

My happiest childhood memories were when we lived in Mallorca with my parents, every Sunday we would have a very long lunch with friends on the beach, an old long wooden table and benches hosting over twenty people, the sound of laughter, the sand underneath my feet, the smell of paella, the sun-kissed skies and glistening blue sea. I can remember every single one of my senses like it was yesterday. 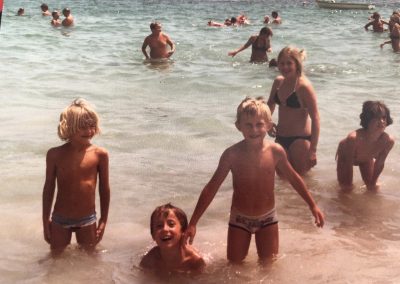 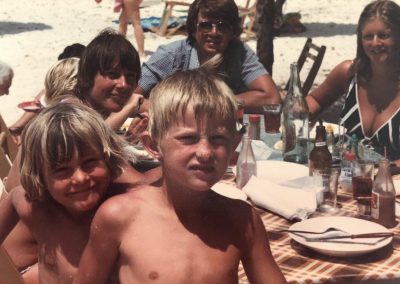 “There is something about life on Mallorca that encourages, even demands, that we slow down.”

It provides an opportunity to slow down to a gentler pace of life, one in which time is taken over things, savoured, experienced, enjoyed. To live in the here and now, and savour the SLOW way of life (Sustainable, Local, Organic and Wholesome).

As a family of foodies, Mallorca offers us a great Mediterranean diet. Being an island, fresh fish and seafood are plentiful and the preferred choice as an alternative to red meat. We produce our own olive oil, this super healthy liquid gold that has been produced for 1000s of years and consumed daily by the majority of the islanders. Due to the climate, the fruit is abundant – oranges, lemons and tomatoes are some of the juiciest and tastiest in the world. It is very easy to source local organic produce on the island. We are very fortunate to have our own land with oranges, lemons, figs and vegetable garden.

Whilst the food is amazing, the manner in which it is eaten is even more important. With around  300 days of sunshine and 10 months of over 17+ degrees eating outside is considered the norm, dining “al fresco” is an opportunity to get together with family and friends.

This is my definition of true Mediterranean slow living. 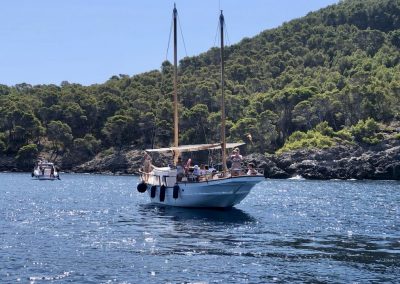 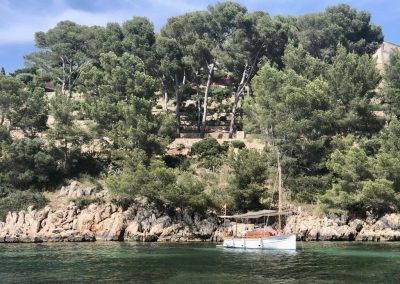 The story, adapted from Paulo Coelho – The Mexican Fisherman and the Businessman

An Investment Banker was at the pier of a small coastal village when a small Llaut (a beautifully crafted wooden small fishing boat) with just one fisherman docked.  Inside the Llaut were several large Snappers. The banker complimented the fisherman on the quality of his fish and asked how long it took to catch them.

The fisherman said, “I sleep late, fish a little, play with my children, take siestas with my wife, Maria, stroll into the village each evening where I sip wine, and play the guitar with my amigos.  I have a full and busy life.” The banker scoffed, “I am a Harvard MBA and could help you. You should spend more time fishing and with the proceeds, buy a bigger boat. With the proceeds from the bigger boat, you could buy several boats, eventually, you would have a fleet of fishing boats. Instead of selling your catch to a middleman, you would sell directly to the processor, eventually opening your own cannery. You would control the product, processing, and distribution. You would need to leave this small coastal fishing village and move to the city, then set up offices throughout the country and then throughout the continent, where you will run your expanding enterprise.”

The fisherman asked, “But, how long will this all take?”

“But what then?” Asked the fisherman.

The banker laughed and said, “That’s the best part.  When the time is right you would announce an IPO and sell your company stock to the public and become very rich, you would make millions!”

The banker said, “Then you would retire.  Move to a small coastal fishing village where you would sleep late, fish a little, play with your kids, take siestas with your wife, stroll to the village in the evenings where you could sip wine and play your guitar with your amigos.”

Want to read more about Mallorca? 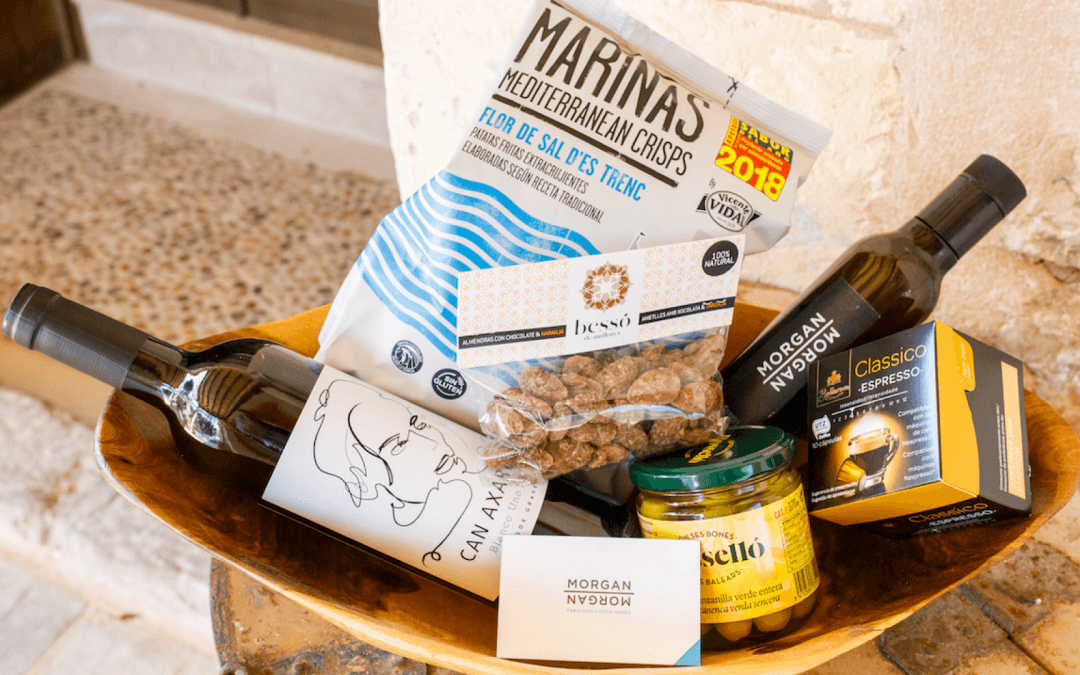 A true Mallorcan welcome for our guests

There are many things Mallorca is famous for. When you sit in the office dreaming of your upcoming holiday to the island you envision crystalline waters that glisten in the summer sun, golden sand beaches and historic towns dotted along dramatic coastlines. What many... 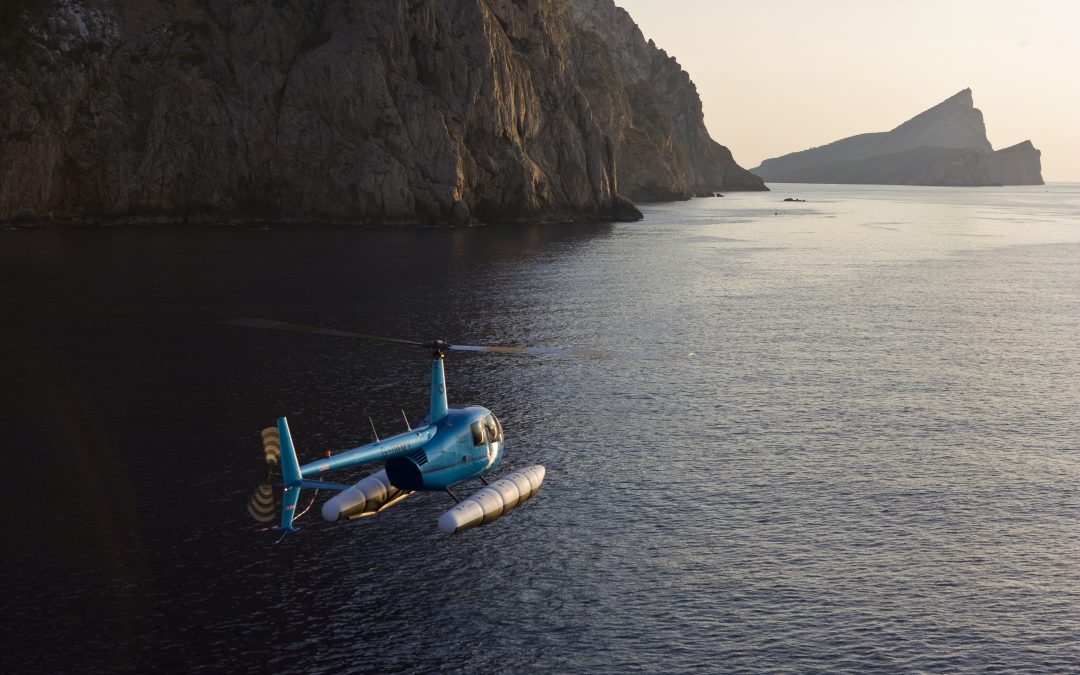 Relaxation or adventure, it's your choice Morgan and Morgan villas are the stage and setting for your holiday. We perfect everything behind the scenes to make your stay flawless. But it’s the people you meet, the experiences you enjoy and the places you visit on this...

TELL US WHAT YOUR ARE LOOKING FOR?

Via social media, email, telephone or face to face. You choose…